Umaru and Her Rival

Alex Tachibana 橘・アレックス (, Tachibana Arekkusu?), is a co-worker of Taihei Doma, the son of Miki Tachibana and the older brother of Sylphynford Tachibana.

Alex is a fair-skinned boy with neat short blond hair that has bangs swept to the right side and blue eyes that have crosses like Sylphynford Tachibana (if you look close enough).

He usually wears a light brown vest with a plain white button up shirt underneath. He wears tan khaki pants with brown dress shoes and a red tie.

Alex is an otaku

When Alex was in middle school, he was a shut-in, but he was influenced to change his lifestyle by an unknown Japanese individual (Kanau Kongo). 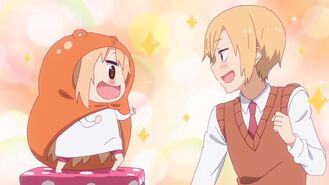 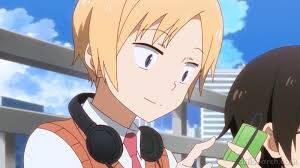 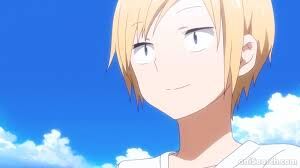