Sylphynford Tachibana (橘・シルフィンフォード, Tachibana Shirufinfōdo?) is the younger sister of Alex Tachibana and the self-proclaimed rival/classmate of Umaru Doma who thinks she just wants to be noticed for her attitude towards Umaru at first, but she wants to become her friend in reality.

Sylphyn's hair is long, wavy and light blue with two shorter locks that go slightly past her waist and is accompanied by a white band with a yellow flower decoration on both sides similar to a headband but thinner. Her eyes match the color of her hair with yellow star-shaped pupils. She has a remarkable cat-like mouth, which she often wears in a smug expression .

She has a slim body that can be seen with her school uniform because it is more adjusted to the one who wears the rest.

Sylphyn is most often seen wearing a modified version of her school uniform with pale blue shoes, a short blue bloated skirt and fluffy material around the cuffs of her sleeves and the bottom of her skirt.

Instead of the typical uniform tie, Sylphyn adorns a dark blue ribbon on the collar of her white blouse. Her play character keeps the same outfit.

Sylphyn is very confident and competitive whether in the studios, sports or video games. She often draws attention to herself with her eccentric habits, which include throwing rose petals at herself and walking around the halls. She pushes herself to stand out from the crowd, always wanting to make an exaggerated entrance and impress those around her, especially Umaru Doma.

To do this she calls herself Umaru's rival in the school and U.M.R's rival in the arcade center. Despite being very good in most school and sports settings she always ends up losing to Umaru. She is not demotivated by being defeated as her competition is healthy and she always gets excited and tries hard for the next occasion to beat her. She is very friendly and does not insult those she competes against, but prefers to have fun with them by playing. When she manages to form friends you can see that she is quite social and does not find it difficult to talk to others, especially with U.M.R. as she is more open and they talk more about personal things and their hobbies. In fact, her rivalry with both Umaru/U.M.R. is slowly disappearing as her goal was to become their friend. She has even bought a bouquet of flowers for Umaru on her birthday. She cares a lot about her friends and enjoys spending time with them.

Her personality shows that she can make friends quite easily but it turns out that this is not the case, as she suffered from the beginning to have them. Just because her attitude is always cheerful and even sometimes a little stressful doesn't mean she has her share of downers and feels sad. It happens seldom, but if you remember things from your past and fall down morally but quickly get out of your problems and return to your usual self.

She is very dedicated to her Japanese hobbies as she is fanatical about that culture but Sylphyn feels embarrassed when certain people see her brag about it, especially her brother, Alex Tachibana when he notices his brother watching her do these things she gets quite nervous and blushes because he sees her as a fairly mature younger sister and doesn't think she will do that sort of thing.

Sylphyn appears to come from a wealthy background and is of German and Japanese descent. Like Umaru, she doted on her brother and always wanted to be near him. It is because of her brother's influence that she developed an interest in Japanese culture and wanted Japanese friends, later moving to Japan with him. During a flashback in Episode 7, she was shown sitting next to a fountain in front of a large house with Alex. In Episode 12, her family is shown to own a yacht. 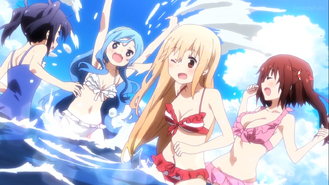 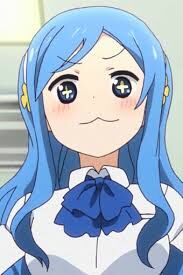 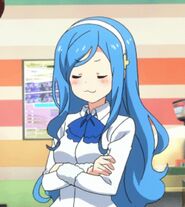